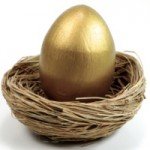 Eric A. Holzer, a former associate at law firm Paul Hastings, was sentenced to nine months in a halfway house for his role in the “Golden Goose” insider trading ring.  The New York Law Journal reports that Holzer was among several people charged on Dec. 18, 2008, in connection with a $4.8 million scheme to profit from information that a former Lehman Brothers employee, Matthew Devlin, gleaned from his wife. Devlin’s wife, Nina Devlin, was then a partner at the public relations firm Brunswick Group LLC.

The federal sentencing guidelines called for a sentencing range of between 12 and 18 months in prison, but Judge Victor A. Marrero (SDNY) ruled that he agreed with the probation department’s assessment that this was “a good person who made a terrible mistake.”  Holzer’s attorney said that Holzer will also be disbarred on the day of sentencing.