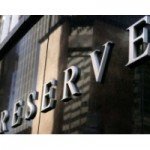 In Australia, a Reserve Bank of Australia company is reportedly under Federal Police investigation for allegedly bribing Nigerian officials to win a bank-note deal.  The Age reports that the bribery probe centers on a series of multimillion-dollar payments by RBA firm Securency into offshore bank accounts of two British-based businessmen.

The Age reports that Securency’s alleged payments to these businessmen with links to a senior British politician and his adviser “are likely to attract the interest of Britain’s Serious Fraud Office,” and that an AFP taskforce has been investigating Securency since May for possible breaches of Australia’s criminal code.