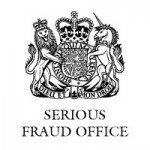 The UK’s Serious Fraud Office stated today that it will seek permission from the Attorney General to pursue a case against BAE Systems, Britain’s largest manufacturer.

Business Day reports that the allegations against BAE concern secret commissions on sales of a military radar to Tanzania; alleged bribes behind a Czech deal to lease Anglo-Swedish Gripen warplanes; commissions allegedly paid on a sale of two frigates to Romania; and STG100 million ($A180.88 million) in allegedly secret commissions in a weapons deal with South Africa.

The company notes the announcement by the UK’s Serious Fraud Office and continues to expend considerable effort seeking to resolve, at the earliest opportunity, the historical matters under investigation.

BAE is one of the world’s biggest arms makers, and is the Pentagon’s fourth-biggest contractor.