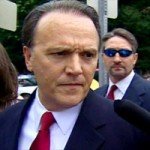 Leslie Scrushy, the wife of former HealthSouth Corp. CEO Richard Scrushy, is claiming ownership of most items in the seized Vestavia Hills and Lake Martin homes, and a trial will be held in November to settle the matter.  The Birmingham News explains that ownership of items such as art, furniture, boats and more is at issue because HealthSouth shareholders are now entitled to seize Richard Scrushy’s assets to satisfy a massive judgment against him obtained in June 2009.

However, any property that belongs to Leslie Scrushy is not subject to the judgment and cannot be sold off.  John Somerville, a lawyer representing HealthSouth shareholders, stated that “[o]ur overall charge is to identify and seize Richard Scrushy’s assets so that our judgment can be satisfied.  Any money he made was the product of fraud, ill-gotten gains.”

Already, the $5 million homes and their contents have been seized and will be auctioned, and 19 of Richard Scrushy’s vehicles sold for a combined $850,000 at an auction last month.

One response to “November Trial Will Determine Ownership of Scrushy Assets”