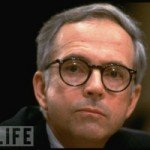 If Ralph Cioffi is convicted when he goes to trial Tuesday on charges that he defrauded investors of the two Bear Stearns hedge funds he managed, it won’t be for lack of legal firepower.  The Record (McClatchy) reports that Cioffi is employing a team of no fewer that 13 attorneys, including star attorney Brendan V. Sullivan (pictured) of Williams & Connolly.

At a hearing Thursday, only Butswinkas and one other attorney appeared in court for Cioffi. Cioffi’s team reportedly “dwarfs” that of his co-defendant, Matthew Tannin, who has three attorneys.