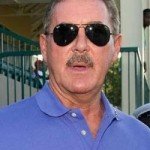 In a ruling issued on Friday, U.S. District Judge David Godbey found that Allen Stanford and other Stanford Group executives can draw from Lloyds of London officers’ and directors’ coverage said to be worth at least $50 million. Chief Investment Officer Laura Pendergest-Holt is expected to be among those with access to the insurance funds.

Bloomberg reports that Godbey ruled that “the potential harm to them if denied coverage is not speculative but real and immediate; they may be unable to defend themselves in civil actions in which they do not have a right to court-appointed counsel.”

One of the lawyers now assisting Stanford said he would soon meet with Stanford to learn whether he wanted to keep him or change lawyers.