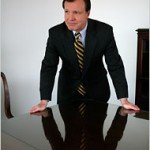 For the Securities and Exchange Commission, which operates on a fiscal year that ends every September, Oct. 1, 2009, could not come soon enough. It seems almost beyond dispute that the agency’s fiscal 2009 was the most dismal in its history, and perhaps the most transformational.

Now it feels like decades ago, but at the beginning of the 2009 fiscal year, Christopher Cox was chairman of the SEC, Linda Thomsen was director of Enforcement, SEC Inspector General H. David Kotz was unknown, and few people outside of Wall Street had ever heard the name “Madoff.” How things change. As fiscal 2010 begins for the SEC, let’s hope that wholesale changes at the agency will lead to a much better year. Here is a look back at fiscal 2009, the SEC’s Year from Hell.

October 2008: The SEC thought it was under fire when Congress blamed it (and specifically Cox) for passivity in the financial crisis; in hindsight, this criticism was just a love-tap compared to what was to come. At one notable hearing in October, former SEC Chief Accountant Lynn Turner announced that the SEC’s Office of Risk Assessment had been reduced to an “office of one” earlier in the year, which amounted to the SEC “basically saying we’re not going to do the job.”

November 2008: In November, the SEC sued famed entrepreneur and Dallas Mavericks owner Mark Cuban for insider trading based on sketchy facts related to trading from four years earlier. Cuban took the novel approach of firing back on his widely read “Blog Maverick” blog, asserting that the case had no merit and was a product of gross abuse of prosecutorial discretion. In no-win 2009, even the SEC’s decision to bring this case against Cuban was criticized in the New York Times and elsewhere as a misallocation of resources given more pressing demands posed by the financial crisis.

December 2008: The SEC’s already-difficult year turned calamitous in December, after Bernard Madoff, a former chairman of the Nasdaq Stock Market and leading Wall Street figure for nearly 50 years, was arrested by federal agents after confessing that his investment advisory business was “a giant Ponzi scheme.” On Dec. 16, Cox stunned Wall Street when he grimly announced that he was “deeply troubled” by initial findings that “credible and specific allegations regarding Mr. Madoff’s financial wrongdoing, going back to at least 1999, were repeatedly brought to the attention of SEC staff, but were never recommended to the Commission for action.”

Cox directed SEC Inspector General Kotz, to conduct a full review of the past allegations regarding Madoff and why they were not found credible. This announcement led to reports shortly thereafter that the SEC was in “complete panic” over the Madoff situation, and also to a lawsuit filed against the SEC itself by Madoff victims for its alleged gross negligence.

The next day, on Dev. 17, President Obama nominated Mary Schapiro to be the next SEC chairman.

January 2009: The wheels continued to fall off for the SEC in the new calendar year. At the first congressional hearing on the Madoff matter on Jan. 5, one Congressman belittled the SEC by saying, “We do not need the SEC at all!” Another, Rep. Gary Ackerman, said he wanted to know “who is responsible for protecting the securities investor, because I want to tell that person or those people whose job it is that they suck at it.”

On Jan. 20 the Cox era quietly ended, as he resigned without so much as a press release announcing his departure. Schapiro was confirmed by the Senate later that week.

February 2009: Harry Markopolos was invited to testify before Congress on Feb. 4, and dropped more bombs on the SEC. Markopolos explained to Congress that he essentially gift-wrapped and presented evidence of the Madoff fraud to the SEC years prior to the scam being exposed, but the agency repeatedly failed to follow up. Also testifying that day were five top SEC officials, who collectively enraged Congress even further by refusing to answer questions about the agency’s failings in the Madoff matter due to ongoing investigations.

On Feb. 9, Enforcement Director Thomsen announced her intention to resign from the SEC after 14 years with the agency, amid rumors that former federal prosecutor Robert Khuzami had already been offered and accepted the position. On Feb. 19, Schapiro confirmed that Khuzami had been named director of enforcement.

March 2009: Schapiro responded to those questioning whether she was tough enough to shake things up at the SEC by proudly saying she had been “called the Muammar Qaddafi of regulation” and that she fully expected that she would need to “step on some toes. I’m tougher than people think.” On March 30, Khuzami began work as enforcement director.

April 2009: In early April, Kotz released a report criticizing the SEC’s ill-timed, $4 million reshuffling of offices for nearly all of the 2,000-plus employees at the SEC’s three-year-old DC headquarters. He concluded, “There are serious questions about whether the restacking project was necessary and whether it had any meaningful impact on communication among or productivity of the staff.” And on April 22, a high-ranking official in the SEC’s Fort Worth, Texas office was accused of assaulting a police officer while being arrested for public intoxication.

May 2009: On May 6, the Government Accountability Office released a report flagging numerous holes in the SEC’s enforcement program that needed to be addressed immediately, including woefully deficient administrative support and information technology, inadequate methods of tracking the performance of the Division, a poor-performing Office of Collections and Distributions, and maddening levels of bureaucracy in the internal case review process.

On May 14, yet another Kotz report became public stating that, of all things, two attorneys at the SEC were reportedly under “active” criminal investigation by the FBI for insider trading. On May 22, a poll was released showing that the SEC was viewed unfavorably by a remarkable 55 percent of respondents—worse even than the Internal Revenue Service.

June 2009: On June 16, in one of the least climactic and satisfying ends to a high-profile securities fraud, the SEC quietly settled its case against Madoff after he pleaded guilty to 11 criminal charges. The settlement barred Madoff from associating with any broker, dealer, or investment adviser, an insignificant consequence for someone surely facing life in prison.

July 2009: At a July 14 hearing, Rep. Ackerman offered a rare flicker of praise for the SEC. He complimented Schapiro for her accountability, saying that following the Feb. 4 hearing at which SEC officials enraged him and others by refusing to answer questions, the chairman called him to say she, too, was “aghast at some of the things she’d heard during the testimony, and by the end of that week two of those people were gone from the agency.” Indeed, two of the five SEC panelists did leave the agency in the two weeks following that fateful February hearing, a third departed in March, and a fourth departed in July.

On July 17, the SEC’s high-profile case against Cuban was dismissed for failure to state a claim.

August 2009: On Aug. 3, the SEC unwittingly stepped into another hornets’ nest when it announced a settled enforcement action against Bank of America for allegedly misleading investors about billions of dollars in bonuses paid to Merrill Lynch & Co. executives at the time of its $50 billion acquisition by BofA. Judge Jed Rakoff immediately halted any such settlement, requiring the parties to file reports with the court detailing who knew what about $3.6 billion in bonuses paid out by Merrill Lynch just before Bank of America acquired it.

September 2009: A truly fitting end to the SEC’s “Year From Hell” came in early September, with the release of Kotz’s 457-page report slamming the SEC for its failure to conduct a thorough or competent investigation into credible complaints in the Madoff matter over nearly two decades. This report, coupled with Rakoff’s surprising rejection of the SEC’s Bank of America settlement later that month, marked a perfectly awful end to a horrible year for the SEC.

October 2009 marks the beginning of a new fiscal year for the SEC. With a new chairman, a new director of enforcement, and numerous other structural and programmatic changes now in place, there is hope that 2010 can be the start of a new era of success for the Commission.