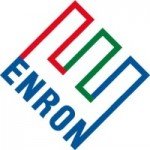 The U.S. Supreme Court agreed today to hear former Enron Corp. CEO Jeffrey Skilling’s challenge to his 2006 fraud conviction.  The WSJ reports that Skilling, who was convicted on charges of conspiracy, securities fraud, insider trading and lying to auditors, was sentenced to 24 years in prison and ordered to forfeit $45 million.

Skilling contends that he was prosecuted under an invalid legal theory that he committed fraud by depriving the company of his “honest services.” He also claims he didn’t get a fair trial in Houston because its residents were angry and biased after the collapse of Enron.