Calpers Announces Review of Payments to Board Members 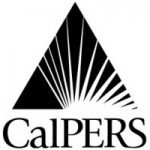 The California Public Employees’ Retirement System (“Calpers”), the U.S.’s largest public pension fund, stated that a former board member made more than $50 million in fees for arranging investments by the fund.  The WSJ reports that Calpers has now launched a “special review” into payments by money managers to firms headed by Calpers’ former board members.

One firm allegedly receiving $50 million in fees was Arvco Financial Ventures LLC. Arvco is headed by Al Villalobos, who served on Calpers’s board from 1993 to 1995.  Villalobos said Wednesday that he would cooperate with Calpers’s review, and that staff, advisers and board members at Calpers “have acted properly.”

Calpers announced that the review will be conducted by the law firm Steptoe & Johnson LLP.