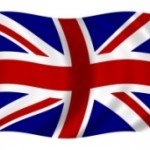 In the UK, the case alleging 17 counts of insider trading against a dentist named Neel Uberoi and his then Bath University student son, Matthew, is again underway in London’s Southwark Crown Court.  Prosecutors allege that the father “pocketed a ‘fabulous’ £150,000 fortune” after his son’s work experience repeatedly “tipped him off” about takeovers. The son was an intern at the time with takeover adviser Hoare Govett.

So you have a picture of Mr Uberoi Senior purchasing shares in three separate companies in which he had no previous dealings at all, just before favourable announcements were made to the market, and then immediately selling those shares.

On each of these occasions his son was working on the very Hoare Govett team advising over the transactions that were about to be announced.

As previously discussed here, the trial in this case initially began back in September 2008, but was quickly derailed by a procedural argument raised by the Uberois.

One response to “UK: Insider Trading Trial of Dentist and Son Resumes”