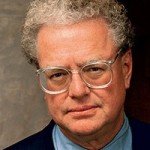 Convicted former securities litigator William Lerach has been moved to a California halfway house after serving most of his two-year prison sentence.  Reuters reports that Lerach was actually transferred to the facility “a couple of months ago” and is scheduled to be released altogether on March 8, 2010.

According to the Bureau of Prisons “Inmate Finder,” Lerach is now at CCM Long Beach, a community corrections facility in San Pedro, California. As discussed here, prior prisons locations for Lerach have included the Federal Correctional Institution in Phoenix, Arizona, which is a “medium security facility for male offenders,” and the prison camp at Lompoc, outside Santa Barbara.