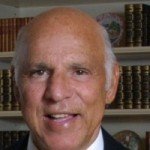 William Zabel, the lawyer for Jeffry Picower (pictured), said today that Picower died after suffering a “massive heart attack” at his Palm Beach, Fla., home on Sunday.  Picower was found dead in his swimming pool.

As previously discussed here, Madoff trustee Irving Picard sued Picower for the return of $7.2 billion in profits resulting from the Madoff scheme.  Picower, reportedly the single biggest beneficiary of Madoff’s scam, allegedly made the profits over a 30 year period, and Picard alleged that Picower should have known the massive returns he was getting from Madoff (as as high as 950%) were improper.