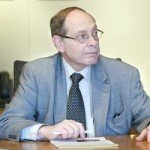 Irving Picard, trustee in the Madoff case, said today that cash losses from the scheme are now estimated to be $21.2 billion–up from $13 billion.  The AmLaw Daily reports that at a news conference today, Picard stated that using a net equity formula (the difference between what customers put into Madoff’s firm and what they eventually took out), his team had identified 2,335 investor accounts that put more cash into Madoff’s firm than they withdrew, leading to the higher $21.2 billion figure.

Madoff victims have argued that the estimated losses should actually be calculated based on what their (fraudulent) statements showed, which would result in a far higher loss calculation.

Other notable information from the conference: