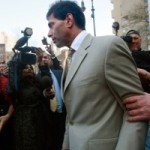 David G. Friehling, Bernard Madoff’s independent auditor from 1991 until 2008, pleaded guilty today to nine criminal charges that carry up to 114 years in prison.

The New York Times reports that Friehling admitted that he had never adequately audited the Madoff operation and was not truly independent because he was an investor in the scheme.  Notably, however, Friehling insisted that “at no time was I ever aware Bernard Madoff was engaged in a Ponzi scheme.”

Friehling has agreed to cooperate with federal prosecutors’ ongoing criminal investigation in the case in the hope of gaining at least some leniency at his sentencing. Unlike Frank DiPascali, however, Friehling will remain free on bail until his sentencing.

Friehling and his firm also agreed today to a partial settlement of the SEC’s case against them.