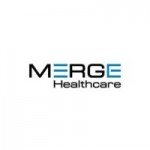 The SEC announced today that it has charged Merge Healthcare Inc. and two former senior executives for their roles in an accounting fraud that ultimately caused the company’s stock price to drop by two-thirds during a seven-month period.

The SEC alleges that the company’s former CEO and CFO engineered a process by which Merge improperly recognized revenue from sales that had not been fully completed. The SEC further alleges that the defendants interfered with the audit confirmation process by instructing Merge sales personnel to tell some of Merge’s customers not to disclose side agreements to Merge’s outside auditor.

The SEC alleges that these accounting practices caused Merge to overstate its net revenue by approximately 26 percent and overstate its net income by approximately 230 percent in annual and quarterly reports from its first quarter of 2002 through its second quarter of 2005. Merge and both executives agreed to settle the SEC’s charges, with the CEO paying a total of $590,000 and the CFO paying a total of $280,000. Both are also barred from serving as an officer and director of a public company for five years.