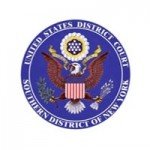 Robert L. Miller, a money manager who also worked as a lawyer in the SEC’s Division of Enforcement in the 1980s, pleaded guilty today in the SDNY to conspiracy to commit securities fraud and wire fraud, as well as securities fraud. The WSJ reports that Miller is charged with helping Marc Dreier carry out a scheme to attempt to sell $44.7 million in fake promissory notes by impersonating people at a hedge fund and a pension plan.

Miller admitted today that he was paid $100,000 by Dreier “to impersonate a person at a Canadian pension plan on the telephone, and a few days later a representative of an Icelandic hedge fund by phone, in order to sell about $44.7 million in fictitious promissory notes,” according to the WSJ.

Miller now faces up to 20 years in prison. The WSJ reports that he worked as a staff attorney in the SEC’s Enforcement Division from about 1983 to about 1986.