Satyam Argues Securities Litigation Against It Belongs in India 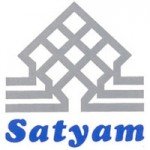 India-based Satyam Computer Services Ltd. argued in a motion to dismiss yesterday that the U.S. lawsuits filed against it should be dismissed because India is the proper venue for the litigation.

Bloomberg reports that Satyam joined in a motion filed by its auditors, Price Waterhouse and Lovelock & Lewes, that the case should be heard in India because the alleged massive fraud, as well as the allegedly improper audit, took place in India, and virtually all of the defendants are India-domiciled companies or individuals.

More than a dozen securities class action lawsuits were filed against Satyam in the U.S. and have been consolidated before U.S. District Judge Barbara Jones in New York.  Keith Fleischman, a lawyer for the plaintiff investors, said that plaintiffs believe the litigation is “properly situated, and we’ll oppose those motions.”