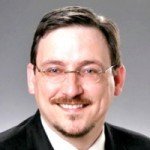 As previously discussed here, Cauley pleaded guilty earlier this year to charges related to his failure to “safely hold” $9.3 million in settlement money he was holding for clients. Cauley was one of the lead plaintiffs’ lawyers in a 2004 securities suit against BISYS Group that settled in 2006 for $65.8 million.  Cauley was the sole signatory of an account created to hold the BISYS settlement money, the WSJ reported in May, but he could not produce about $9.3 million in settlement funds that was supposed to be distributed to the plaintiffs in April.