Rajaratnam Denies Inside Information, Challenges Use of Wire Taps 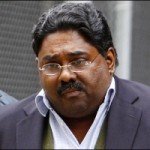 Raj Rajaratnam, founder of Galleon Group, filed his Answer to the SEC’s insider trading case against him today, and denied that he received or traded on inside information about several companies as alleged by the SEC.

The WSJ reports that Rajaratnam asserted in his Answer that the information he received was already public and his trades at issue were consistent with past practices. In addition, Rajaratnam stated, he received research information from Galleon’s analysts on the companies in question that was detailed and properly obtained.

Rajaratnam also challenged the use of wire taps to collect evidence against him, arguing that such electronic surveillance is only permitted when “alternative investigative procedures have been tried or appear unlikely to succeed.”