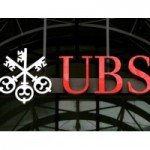 In Luxembourg, investors who lost money through Access International Advisors LLC’s LuxAlpha Sicav-American Selection are suing UBS and Ernst & Young for their alleged negligence in supervising the fund. Bloomberg reports that a Luxembourg court will decide whether investors have the right to bring direct claims against the fund’s custodian (which is UBS) and auditor (E&Y). About 100 pending cases may be affected according to Pierre Reuter, a lawyer for some of the investors.

According to Bloomberg, the court will determine whether investors who used an intermediary bank to place their money with the now-defunct fund can be considered shareholders. The court is using a small test group of LuxAlpha claims to review the issue.

Francois Brouxel, a lawyer representing mainly French investors in the cases, stated that

The problem we’re facing is that people almost never directly buy into these funds, they do it through their bank. The liquidators only recognize one entity as shareholder and that’s the one listed on the official register, in this case the bank, not the investor.

In certain of the cases, Ernst & Young is alleged to be “co-responsible” for losses because it “didn’t follow the necessary obligatory controls and checks.”