Thomas Walker Nominated as Next U.S. Attorney for E.D.N.C. 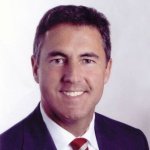 Charlotte, NC lawyer Thomas Walker has been nominated by Presidnt Obama to be the next U.S. Attorney in North Carolina’s Eastern District. The Charlotte Observer reports that Walker was recommended to President Obama by U.S. Senator Kay Hagan, who called Walker “extremely qualified and fair-minded.”

Walker is presently a partner in the law firm of Alston & Bird in Charlotte, where he primarily handles white-collar criminal defense and securities fraud matters. He previously served as a federal prosecutor in Charlotte and the Western District of North Carolina from 1994 to 2001.

Walker’s nomination must now be confirmed by the U.S. Senate.