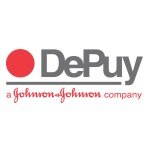 The UK’s Serious Fraud Office announced yesterday that it has charged Robert John Dougall, a former Vice President of Market Development of DePuy International Limited, with conspiracy to corrupt, contrary to the Criminal Law Act 1977. Dougall appeared at the City of Westminster Magistrates’ Court in response to an SFO summons, and was released on bail.

The SFO alleges Dougall’s involvement in “the practice of making corrupt payments and/or giving other inducements to medical professionals working in the Greek public healthcare system in relation to the supply of orthopaedic products between February 2002 and December 2005.”

The SFO noted that the case had been referred to it by the U.S. Department of Justice, and accepted in March 2008.