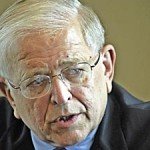 Foti served as Louisiana’s Attorney General from 2004 through 2008. He joined KSF as Of Counsel last year.