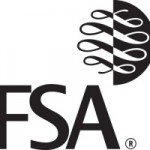 In the UK, the Financial Services Authority fined Britain’s financial industry a record 34.8 million pounds ($57 million) in 2009. The fines are for violations involving fraud, market abuse and poor systems and controls, Reuters reports.

The FSA also banned more than 50 people from working in financial services, launched its first two successful criminal prosecutions and jailed four. Margaret Cole, the FSA’s director of enforcement, told Reuters that “Your credentials get established by bringing and trying cases. You can’t always win cases, of course, but fortunately for us, we have won the first two,” she said, referring to the two criminal insider trading cases that the FSA brought this year.

Early next year, fines could treble under proposed new rules. Reuters reports that under these proposals, “firms will forfeit up to 20 percent of income from products or businesses linked to breached regulations, and individuals will see fines of up to 40 percent of salaries and benefits in non-market abuse cases.” Cole stated that the FSA expects “the new way of setting penalties to drive higher fines by a factor of two or three times and in some cases more.”