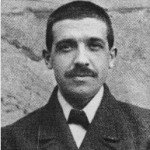 More than 150 Ponzi schemes collapsed in 2009, nearly four times as many as the 40 that collapsed in 2008. The AP reports that according to its review of criminal cases at all U.S. attorneys’ offices and the FBI, as well as criminal and civil actions taken by state prosecutors and regulators at both the federal and state levels, tens of thousands of investors lost more than $16.5 billion to Ponzi schemes in 2009.

Lanny Breuer, assistant AG for the DOJ’s criminal division, explained that the “financial meltdown has resulted in the exposure of numerous fraudulent schemes that otherwise might have gone undetected for a longer period of time.”