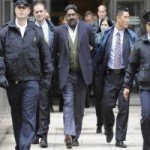 Federal prosecutors plan to bring additional insider trading charges against Raj Rajaratnam after discovering that the billionaire founder of Galleon Group made $19 million in illicit profits, in addition to the $17 million listed in the original indictment. New evidence reportedly shows that Rajaratnam began paying for inside information as early as 2004, not 2007 as originally suspected. If convicted, Rajaratnam could be sentenced to an additional 15 years in prison.

The New York Times reports that Rajaratnam received and traded on a tip from an insider claiming that Advanced Micro Devices was planning a takeover of ATI Technologies.  Rajaratnam’s lawyer, however, told the New York Times that his client did not trade on nonpublic information because “[a]n analyst’s prediction that A.M.D. would acquire ATI was widely reported in the press more than seven weeks before the acquisition was announced.”

A hearing on Rajaratnam’s request to reduce his bail to $20 million will be held on January 8. However, prosecutors worry that the new charges could make Rajaratnam an increased flight risk. Prosecutors estimate that he has approximately $25 million to $35 million in assets located in Sri Lanka.

BusinessWeek reports that separately, an unnamed AMD executive was cited in the criminal complaint against Danielle Chiesi, an executive at New Castle Funds LLC.  The unnamed executive–reportedly Hector Ruiz, AMD’s former CEO–allegedly told Chiesi about an impending spin off.