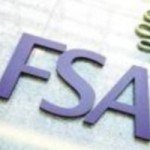 The UK’s Financial Services Authority has charged several former Isoft directors with a criminal conspiracy to make misleading financial statements to the market.

The FT reports that this case began after Deloitte discovered that Isoft recognized revenues too early, which in turn disrupted the company’s financial reports for 2004 and 2005.

The defendants will appear in court on January 29.