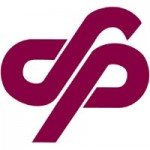 The court in the securities class action against Schering-Plough Corp. has approved a $165 million settlement in the case. The NJ Law Journal reports that that the settlement amount includes more than $37 million for the plaintiffs’ lawyers.

In approving the settlement on December 31, U.S. District Judge Katharine Sweeney Hayden noted that it was one of the five largest securities class action recoveries in the District of New Jersey. Plaintiffs alleged that Schering-Plough misled investors by failing to disclose deficiencies in the manufacture of Clarinex. NJLJ reports that these deficiencies ultimately led the Food and Drug Administration in 2001 to delay its approval of Clarinex.

NJLJ also notes that the judge found that the legal fees, which were 23% of the settlement, “were on the low end of the 19 percent to 45 percent approved in other litigations and represented a 1.5 multiplier of the lodestar.”