SEC: No Charges Against Individuals in BofA Case 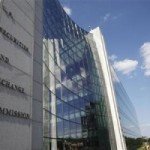 The SEC today asked the court for leave to amend its complaint against Bank of America to include new charges.  The SEC’s proposed amended complaint alleges that BofA failed to disclose extraordinary financial losses at Merrill Lynch prior to a shareholder vote to approve a merger between the two companies. It does not, however, assert charges against any individuals at BofA.

Specifically, the SEC’s proposed second amended complaint alleges that BofA learned prior to the Dec. 5, 2008, shareholder meeting vote that Merrill Lynch experienced a net loss of $4.5 billion in October and estimated that it had experienced billions of dollars of additional losses in November. BofA, however, “erroneously and negligently concluded that no disclosure concerning these extraordinary losses was required as shareholders were called upon to vote on the proposed merger with Merrill Lynch,” the SEC stated today.

at various times discussed the firm’s disclosure obligations with internal and external counsel. These executives are not alleged to have deliberately concealed information from counsel or otherwise acted with scienter or intent to mislead. Nor is any counsel alleged to have acted with scienter or intent to mislead. For these reasons, the SEC’s proposed complaint does not seek charges against any individual officers, directors or attorneys. SEC staff has advised the Commission that, after a careful assessment of the evidence and all of the relevant circumstances, it has determined that charges against individuals for their roles in connection with proxy disclosure are not appropriate.