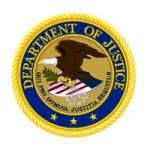 The U.S. Attorney’s office in San Francisco announced earlier this week that Adnan S. Zaman, a former investment banker with Lazard Ltd. in San Francisco, pleaded guilty to insider trading. BNO News reports that the scheme resulted in profits for several individuals totaling in excess of $400,000.

Zaman was charged on December 16, 2009 with one count of securities fraud (insider trading) related to the scheme, which occurred from September 2006 through May 2007. His sentencing is scheduled for April 23, 2010.