SEC Files Settled Action Against Gen Re for Sham ‘Reinsurance’ 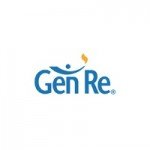 On Wednesday, the SEC filed a lawsuit charging General Re Corp. with creating separate sham “reinsurance” transactions with AIG and Prudential to manipulate and falsify reported financial statements. According to the SEC, the transactions with AIG appeared to transfer risk to the company, when they in fact did not. The transactions with Prudential allowed the company to build up and then draw on off-balance sheet assets with Gen Re. As a result, the SEC alleged, Prudential improperly recognized nearly $200 million in revenues from 2000-2002. General Re agreed to pay $12.2 million to settle the SEC case.

The DOJ entered into a non-prosecution agreement in a related criminal investigation of Gen Re. Gen Re also agreed to pay $19.5 million to the U.S. Postal Inspection Service Consumer Fraud Fund and $60.5 million through a civil class action settlement to AIG’s injured shareholders. Additionally, Gen Re previously turned over $5 million in fees it earned for its participation in the scheme with AIG to the government.