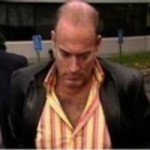 The Associated Press reports that David H. Brooks, the founder and former CEO of DHB Industries, Inc., and Sandra Hatfield, the former COO, are accused of falsely inflating the value of the inventory of DHB’s top product, the Interceptor vest, to help meet profit margin projections.

Authorities allege the scheme propelled the company’s stock from $2 a share in early 2003 to nearly $20 a share in late 2004. According to the U.S. Attorney’s office, the pair sold several million DHB shares at that time leading to profits for Brooks of more than $185 million and for Hatfield more than $5 million.