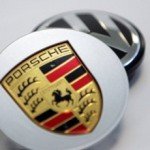 A group of hedge funds has sued Porsche and two former executives for allegedly manipulating the share price of Volkswagen. According to DealBook, the alleged manipulations cost the hedge funds more than $1 billion.

Elliott Management, Glenview Capital Management, Glenhill Capital Management and Perry Partners filed the complaint on Monday in the Southern District of New York against Porsche, its former CEO, and its former CFO.  The hedge funds claim that Porsche acquired a large number of option contracts on VW’s stock in an attempt to corner the market and control the price. At the time, the hedge funds thought that VW shares were overpriced, so they began borrowing VW shares to sell them short.

DealBook reports that in October of 2008, Porsche disclosed that they had control of 75% of VW’s outstanding stock. This statement surprised the hedge funds, which then raced to cover their short positions. Porsche claims that they acted in accordance with German capital markets laws.