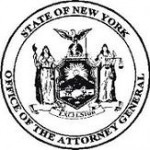 A dozen candidates have raised money for a potential run to become the next NY Attorney General, but the AmLaw Litigation daily reports that former Bernstein Litowitz partner Sean Coffey has been a favorite candidate of his old plaintiffs’ bar colleagues and rivals.