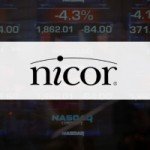 The Securities and Exchange Commission announced that on January 22, 2010, payments totaling $10.2 million were issued to approximately 7000 shareholders of Nicor, Inc. who had been injured by the company’s financial fraud.

The Commission had earlier filed a settled civil injunctive action against Nicor, Inc. and Jeffrey Metz on March 29, 2007, alleging financial fraud lasting from 1999 to 2002. See the 2007 litigation release here.

The SEC’s complaint alleged that Nicor, a major Chicago-area natural gas distributor, and Metz, its former Assistant Vice President and Controller, engaged in improper transactions, made material misrepresentations, and failed to disclose material information regarding Nicor’s gas inventory in order to meet earnings targets and increase the company’s revenues under a performance-based rate plan administered by the Illinois Commerce Commission.

Nicor consented to pay a civil penalty of $10 million and $1 of disgorgement. All the funds collected were placed in a Fair Fund for distribution to affected shareholders of Nicor’s fraud.