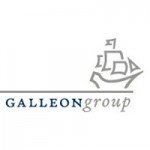 The SEC has received court approval to amend its complaint against Raj Rajaratnam to include charges that the Galleon Group founder paid a former McKinsey & Company partner more than $1 million for inside tips about McKinsey clients. Judge Jed S. Rakoff granted the agency’s request to amend the original complaint on Monday.

According to DealBook, Judge Rakoff also stated that he would rule on whether the SEC could obtain wiretapped conversations that were used in the criminal case next week. The SEC case is set for trial on August 2.