Rating Agencies Off the Hook in Lehman Case 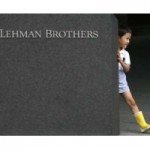 Reuters reports that investors had accused the agencies of serving conflicting roles by rating the mortgage-backed securities while helping to create and structure them. The decision could have an impact on similar litigation in other U.S. courts.