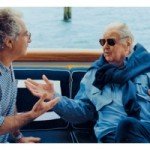 The family of deceased New York real estate magnate Norman F. Levy agreed to pay $220 million to settle claims over its profit from the Madoff fraud.

In a filing in the U.S. Bankruptcy court in New York yesterday, Irvin Picard, the liquidator for Bernard L. Madoff Investment Securities LLC, said that Norman Levy invested with Madoff from the mid-1970s until his death in 2005. The Levys and their entities, including a charitable foundation, withdrew a total of $305 million more from Madoff’s firm than they deposited during the six years before Madoff’s December 2008 arrest, Picard said.

Business Week reports that Levy’s children, Jeanne Levy-Church and Francis Levy, voluntarily sought the out-of-court deal to resolve claims against the family and its entities. Picard, who has filed more than a dozen so-called clawback lawsuits seeking the return of about $15 billion from Madoff’s family members and feeder funds, said “[t]he Levys have acted honorably and are to be commended. We hope that others will follow their example.”