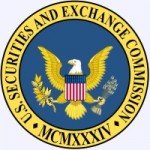 The defendants fought the SEC’s charges, arguing that although they worked with Madoff and his investment advisory firm for years, they did not know he was defrauding thousands of customers.

The court ruled that the SEC had failed to allege facts that could lead to “a plausible inference” that the defendants intended to commit fraud. “There is nothing fraudulent about referring customers to an investment adviser for fees. One who conducts normal business activities while ignorant that those activities are furthering a fraud is not liable for securities fraud,” the court wrote.

SEC spokesman John Nester said the agency was “reviewing the order and will proceed accordingly.”