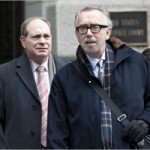 The attorney for the bankruptcy trustee in the Madoff case argued before a packed courtroom Tuesday that “no one in their right mind” would use the financial statements concocted by Madoff as a basis for distributing the funds.

Investors who object to Picard’s plan insist that any payout should be based on what Madoff claimed they made as recorded in their Nov. 30, 2008, account statements–just two weeks before Madoff was arrested.

Sheehan told the court that while investors can possibly receive up to $500,000 from SIPC, that is only after someone has “already determined that you have an allowed claim. There’s no insurance. There’s no $500,000 that everyone gets a check for. I don’t understand why people don’t get that,” he told the court. An attorney for Madoff investors, however, said the trustee’s method was contrary to 80 years of precedent in securities law and a throwback to the concept of “buyer beware.”