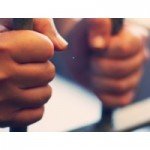 On Tuesday, prosecutors unsealed criminal charges against an informant who had secretly recorded conversations with people charged in the insider trading case involving Galleon Group.

The New York Times reports that the informant, David R. Slaine, worked as a top trader at Morgan Stanley before joining Galleon. After Slaine left Galleon to set up his own firm, DSJ International Resources, he began receiving tips about research reports from Mitchel Guttenberg, a former executive at UBS Securities, before they were released to the public, according to his December guilty plea that was revealed by prosecutors on Tuesday.

In mid-2007, authorities learned that Slaine had information about other  insider trading not connected to the UBS investigation. He then began assisting officials in the investigation of Galleon and another trading ring involving Craig C. Drimal, who worked out of Galleon’s offices. Slaine reportedly wore a hidden recording device in meetings with Drimal and others who have been charged in the Galleon case.

Slaine was also charged with insider trading on Tuesday in a civil lawsuit filed by the SEC. He faces up to 25 years in prison when he is sentenced on June 25.