‘Octopussy’ and Six Others Plead Not Guilty to Insider Trading 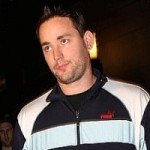 The Associated Press reports that to date, 21 people have been charged in the case, including Raj Rajaratnam, the portfolio manager for the Galleon Group hedge fund. Eight have pleaded guilty. All defendants remain free on bail.

Zvi Goffer (pictured) worked at Galleon Group for the first nine months of 2008 before he started his own trading firm. The SEC alleges that Goffer played a central role in the insider trading ring, claiming that he was known as “the Octopussy” because of his reputation for having his hands on so many sources of information.

Read the Associate Press article in the New York Times