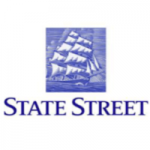 On Thursday, the Securities and Exchange Commission charged State Street Bank and Trust Company with misleading its investors about their exposure to subprime investments while selectively disclosing more complete information to specific investors.

According to the SEC, State Street has already agreed to settle the charges by paying more than $300 million. David P. Bergers, Director of the SEC’s Boston Regional Office, announced today at the SEC Speaks 2010 conference, that every cent of this money is to be distributed, within weeks of the judgment, to investors who lost money as a result of the fraud.

This payment is in addition to nearly $350 million that State Street previously agreed to pay to investors in State Street funds to settle private claims.