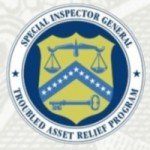 A number of US banks will be subject to investigation for alleged insider trading on anticipated announcements of the distribution of TARP funds.

Neil Barofsky, the SIG-TARP (or special inspector-general) overseeing the US government’s Troubled Asset Relief Program has told the Financial Times that he will probe allegations of insider trading among US bank executives and their associates.

The FT reports that eight of the largest banks in the US received between $2bn and $25bn in October 2008 under the TARP. Barofsky is tasked with tracing information passed between government agencies and banks which may have found its way to the trading desks of these banks before being released to the public.