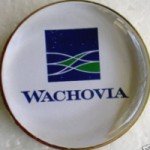 Shareholders often face an uphill battle when they take a company to court and a North Carolina Court ruling on Friday shows that the Wachovia shareholders are no exception.

Wells Fargo bought Wachovia in 2008 for what some shareholders alleged was a bargain-basement price. The representative shareholder, Irving Ehrenhaus, argued that Wells didn’t offer a fair price or give shareholders a fair chance to vote against the deal.

Judge Albert Diaz of the North Carolina Business Court ruled on Friday to uphold a previous class-action settlement, which offered shareholders no money but did give them concessions such as some extra securities disclosures.

The Charlotte Observer reports that Friday’s ruling means that other shareholders cannot sue the bank over the same allegations. They may, however, choose to bring a suit over other complaints, such as the bank’s 2006 purchase of Golden West.