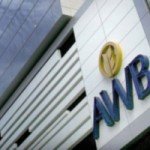 A $100 million securities class action against AWB has begun in the Australian Federal Court, with claims that the wheat export company breached its continuous disclosure obligations by making secret payments to Iraqi companies.

The 2006 Cole inquiry found that AWB, formerly known as the Australian Wheat Board, paid $290 million in kickbacks to Iraq as part of the UN’s oil-for-food program, in breach of UN sanctions. AWB’s share price plummeted as a result.

According to The Australian, Shareholders claim that AWB failed to inform the market that it made payments to an Iraqi company from 1999-2003 and that had shareholders known about the payments, they would not have bought their shares, or would have paid less for them.

They also allege that the Australian government would not have allowed AWB to export wheat to Iraq had AWB disclosed the payments to the Department of Foreign Affairs and Trade or the UN.

AWB denies the payments were bribes.