One of the first tools that the Securities and Exchange Commission launched after it ushered itself into the Internet era in the mid-1990s was the “Enforcement Complaint Center,” a fancy name for an e-mail box at the SEC where the public could send tips. The Enforcement Complaint Center initially received only about 20 complaints per day, but that number snowballed through the years. Today it’s not uncommon for the ECC to receive up to 1,000 e-mail tips per day.

A huge percentage of these tips are useless, of course, for various reasons. They may be unrelated to the mission of the SEC, or they may be related but devoid of any information indicating a violation of the securities laws. But a small number, are of vital importance, as they may provide the SEC with its first indication of an ongoing securities fraud. For example, although the SEC rarely acknowledges the source of the tips that prompt its investigations, it stated in court papers filed last year in SEC v. Nicholson and Westgate Capital Management that the case (against an unregistered investment management company for allegedly defrauding hundreds of investors of millions of dollars) had originated from a tip to the ECC.

The job of separating the vital from the useless has grown harder as the volume of e-mails to the ECC has ballooned through the years. What’s more, enforcement-related tips do not come to the SEC from the e-mail box alone; they also arrive via telephone to any of the SEC’s thousands of employees, from the various self-regulated organizations with their own contacts at the SEC, from one SEC employee to another, and in many other ways. All along, the Enforcement Division has not had a sophisticated system to let the agency collect, analyze, and monitor the hundreds of thousands of tips, complaints, and referrals (“TCRs”) that it receives each year. Until now.

First, some quick background. The weakness in what the SEC calls its “TCR intake” became a glaring problem in 2009, as the SEC’s inspector general completed its autopsy of the agency’s failings in the Bernard Madoff Ponzi scheme. After scrutinizing the Madoff case, the IG flagged numerous systemic issues that could prevent the SEC’s Division of Enforcement from accomplishing its mission to enforce the securities laws, and offered 21 specific recommendations.

One of the overarching themes of the IG’s findings was that enforcement staff lacked adequate guidance on how to analyze complaints appropriately. That led to the inadequate review of a complaint brought to SEC attention in 2001 regarding Madoff. Indeed, roughly one-third of the IG’s 21 recommendations directly pertain to improvements needed in the TCR handling system. These included:

Even prior to the formal issuance of these recommendations, however, the SEC had recognized the need to improve its TCR operations. In fact, shortly after it first admitted to its mistakes in the Madoff investigation in mid-December 2008, the SEC retained the Center for Enterprise Modernization, a federally funded research and development center operated by the MITRE Corp., to begin work on a comprehensive review of internal procedures to evaluate tips, complaints, and referrals. In a speech on Aug. 5, 2009, Enforcement Director Robert Khuzami announced that the agency would soon create the OMI within the Enforcement Division. Khuzami stated that the OMI would be responsible for the “collection, analysis, risk-weighing, triage, referral, and monitoring of the hundreds of thousands of tips, complaints, and referrals that the agency receives each year.” In his written response to the IG’s recommendations, Khuzami added that he concurred with all the TCR-related recommendations, and that each would be implemented under the OMI. 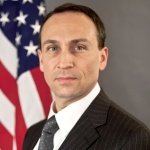 The office finally began to take shape in January, when the SEC announced that Thomas Sporkin had been appointed to lead the office. Sporkin, the deputy chief in the Office of Internet Enforcement at the SEC since 2001, is also the son of Stanley Sporkin. Stanley Sporkin was the SEC’s Enforcement Director from 1974 to 1981, and subsequently served as a federal judge for 15 years in the District of Columbia. In an interview for this column, Thomas Sporkin provided some new insight into the OMI’s formation, what its mission will include, and some of its greatest challenges.

Sporkin said that the OMI has been a pet project of Khuzami’s since he joined the SEC in early 2009. It will be created by combining all personnel in the existing Office of Market Surveillance with people from the Office of Internet Enforcement, giving an immediate jump-start in staffing and expertise. The OMI will start with a staff of approximately 30 people, and add more positions quickly.

On the day that the SEC announced that Sporkin would lead the OMI, it also announced leaders for five new specialized groups within the Enforcement Division: Asset Management; Market Abuse; Structured and New Products; Foreign Corrupt Practices; and Municipal Securities and Public Pensions. Sporkin said that the OMI will work closely with each of the newly created units, to extract key information from the TCR system in real-time and get it in the hands of the appropriate unit chiefs.

Sporkin said the work MITRE Corp. is doing for the SEC was geared toward building a workflow system for the OMI and any other groups at the SEC that process tips, complaints, and referrals. Together, MITRE and the SEC are crafting policies and procedures for handling TCRs that are being reviewed by a central committee at the agency. The first iteration of the new TCR handling system is set to be rolled out “very shortly,” he said, and will govern the new way in which tips will be received, routed and analyzed.

For instance, after nearly 15 years of service, the existing ECC e-mail box will be retired in favor a Web-based form that tipsters will fill out online. Key fields on this form will help the SEC determine the nature of the tip and where it should logically be routed. If the tip is enforcement-related, it will be routed to the OMI for intake, analysis and “triage,” then sent to the appropriate investigative group within the division. Notably, the new system will allow the OMI to audit the workflow on an ongoing basis, and will generate red flags if matters deemed significant later “die on the vine,” Sporkin said.

The new TCR system will also add functionality not previously available. As an initial matter, it will be fully searchable, so that SEC investigators can search all tips by name or other keywords to explore possible related matters. In addition, MITRE is working to introduce “artificial intelligence” in a later version (which might be released later this year) to help connect tips and complaints that might not immediately appear to be related.

Sporkin acknowledged that the OMI faces several significant challenges. First is the risk of information overload. There are now so many different types of information coming in to the SEC that assembling people with the requisite expertise to review it all can be difficult. It is also challenging to get the various types of information to the right places in the agency.

Second is the challenge the OMI faces in developing “proactive analytics” for this information. Sporkin said his group is working to integrate various streams of existing data into the surveillance process, such as data from corporate filings with the SEC, Forms 3 and 4 showing trades by insiders, and trade data. The goal is to make better use of the information already in the SEC’s possession, and to identify and seek explanations for anomalies that may exist in the data.

Finally, the OMI and Enforcement Division face the real and ongoing challenge of convincing the public that they are “on the case” and will handle the tips they receive responsibly. This is tricky, given the non-public nature of the SEC’s investigations and the current skepticism it now faces. If the OMI succeeds in revamping the TCR process as planned, however, investors should gradually start to see results through an improved enforcement program.