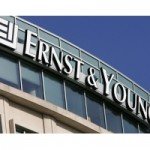 A former Ernst & Young LLP partner was sentenced to a year and a day in prison on Monday.

The WSJ reports that James Gansman, a lawyer who resigned from Ernst & Young in October 2007, was convicted last year of six counts of securities fraud in an insider trading scheme in which he allegedly tipped a Pennsylvania broker about pending corporate takeovers.

U.S. District Judge Miriam Goldman Cedarbaum (SDNY) handed down Gansman’s sentence in what was the third sentence of imprisonment to be imposed on an Ernst & Young partner this year.

Last month, two former tax partners from the firm, Richard Shapiro and Brian Vaughn, were sentenced to prison terms as a result of a scheme to promote fraudulent tax shelters that allegedly generated $2 billion in improper tax losses.