Defendants Ordered to Turn Over Wiretaps in Galleon Case to SEC 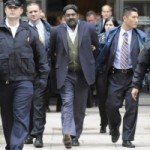 On Tuesday, U.S. District Judge Jed S. Rakoff ordered Raj Rajaratnam and other defendants in the Galleon Group insider trading case to turn over wiretaps to the SEC. According to DealBook, Judge Rakoff ruled that the defendants failed to cite any statutory authority for restricting the SEC’s access to the wiretaps.