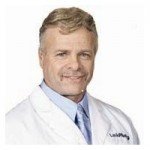 The SEC has charged ophthalmologist Gerald Horn with insider trading in the options of LCA-Vision Inc., a provider of laser eye surgery.

Horn (pictured), the medical director of LCA’s Schaumburg, Illinois facility, reportedly faces civil charges over his purchases of options on the shares of LCA by which he made a profit of about $870,000. By exercising stock option grants and immediately selling this stock on the basis of nonpublic information, Horn also avoided a loss about $533,000, the Chicago Tribune reports.

According to the Tribune, Horn accessed internal company reports that listed the number of eye surgeries performed company-wide. The reports also allowed him to compare those figures to monthly targets set by the company.

Horn purchased large quantities of LCA options on four separate occasions. In its complaint, the SEC stated that it was “particularly striking that in all of his purchases in LCA calls and puts, Horn never lost money on a trade.”